Vadym Paramonov was born on March 18, 1991 in the Ukrainian city of Pavlograd. He started playing football at the age of 12, attending a local football school. In 2004, Paramonov began to study at the sports college Inter at Dnipropetrovsk.

At the age of 17, the defender joined Dnipro-75 team, which played in the Second League of Ukraine. In 2010, Vadim Paramonov moved to FC Zorya Luhansk, in which he spent 4 years, and also became the champion of the youth championship. Then he moved to FC Poltava, participating at that time in the First League of Ukraine. In the 2017/18 season, the club finished second and moved up to the Ukrainian Premier League. But in the 2018/2019 season Paramonov already defended the colors of FC Lviv. In the next two years, the defender changes two clubs: FC Kolos and FC Rukh.

And in the winter of 2021, the Ukrainian defender signs a contract with Urartu FC. Paramonov marks his debut in the team in the match with Ararat Yerevan FC, which was postponed from the 6th round of the VBET Armenian Premier League.

Vadym Paramonov was called up to the U-21 national team of Ukraine. 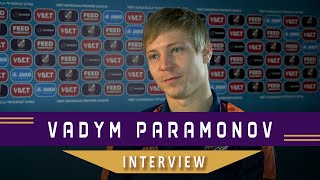 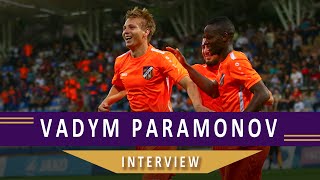