Oleg Poliakov was born on November 29, 1990 in the Russian city of Kamyshin. He started playing football at the age of 6. He took the first steps at the School of the Olympic Reserve in Kamyshin. At the age of 17 he was invited to Tekstilshchik Football Club in Kamyshin, which at that time took part in the amateur championship.

A year later, Poliakov transferred to Energia FC Volzhsky, where he played 30 matches and scored 6 goals. The first part of the 2011/12 season Poliakov played in Sokol FC Saratov, and the second part in Dynamo Bryansk. In this team he debuted in the Russian Football National League. In the 2012/13 season, he was already a player of Tyumen FC, from where on loan he goes to Torpedo Moscow. Later, he also performed in Zenit Izhevsk and KAMAZ FC.

In the 2017/18 season, he goes to Armavir FC. The first year spent in this club is still the most productive for Poliakov. He becomes the author of 8 goals, and the team again earns a ticket to the Russian Football National League. Poliakov spends the seasons 2018/19 and 2019/20 in Armavir FC.

During the training camp in Armenia in 2020, Armavir FC holds a friendly fixture against Urartu. Poliakov becomes the author of the only goal scored in that game. 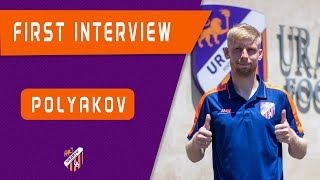 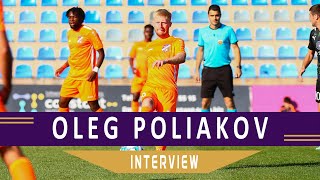