Jonel Desire was born on February 12, 1997 in a community in the central department of Haiti - Mirebalais. He started playing football at the age of 5, and at the age of 9 he began attending the local Sports National School of Talents.

In 2011, Desire started playing in the youth team of the Mirebalais Football Club. The following year, the striker defended the colors of Ole Brasil FC, and that season with this team he won the Golden Boot award. After Jonele Desire returns to his native Mirebalais FC, with whom he won the Haiti Premier League in 2013.

In 2016, Desire transferred to ASC FC, with which in the 2016/17 season the player won the Haiti Premier League again, and also became the owner of the Champions Cup.

Next season, Jonel Desire will play for Real Monarch Football Club, which plays in the United Football League of the USA and Canada. With this club, Desire becomes the champion of the aforementioned league.

In 2018, Desire returned to his native Mirebalais, from where he first went on loan and then finally transferred to Lori FC. As part of the Vanadzor team, Jonel Desire became the top scorer in the 2018/19 season, becoming the author of 17 goals scored.

In the summer of 2020, Desire signed a contract with Urartu Yerevan FC.

Jonel Desire was invited to the national U-17, U-20, U-23 teams of Haiti, and is also a member of the Haiti national team, in which he made his debut in 2017 against the Chinese national team. 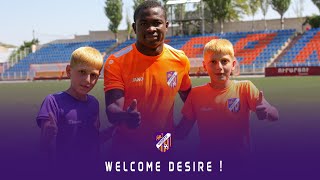 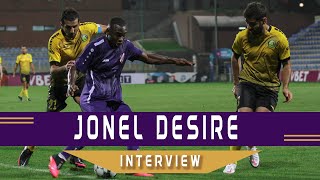 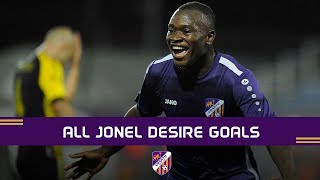