Edgar Grigoryan was born on August 25, 1998 in Yerevan. He started playing football at the age of 6, attending the Banants (now Urartu) children's and youth school. In 2019 he transferred to Noah FC on a loan and spent one season with this team.

As part of Noah FC, Edgar took part in 7 official matches and won the Armenian Cup with the team, and also became the silver medalist of the Armenian Championship.

Before the start of the 2020/21 season, Edgar returns to his home team. He celebrates his debut at Urartu on 23 July in a friendly against Van FC (3-2) and becomes the author of a goal scored. 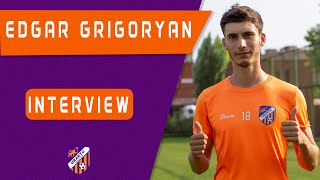 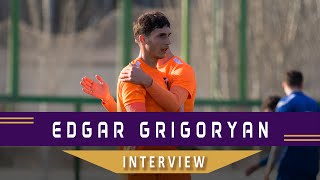 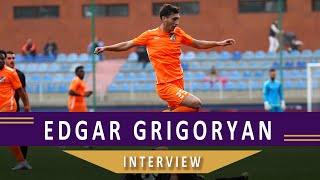 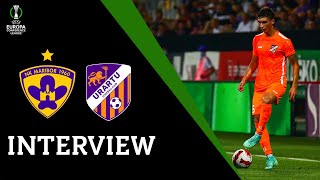