Arsen Beglaryan was born on February 18, 1993 in the Russian city of Krasnodar. His first football school was the 5th children's sports school of the Olympic reserve of the Krasnodar region. Beglaryan later played in the youth team of Krasnodar FC. In 2012, the goalkeeper moved to Armenia, signs a contract with the Gandzasar Football Club. In a short time Beglaryan became the main goalkeeper of the team from Kapan and began to be regularly invited to the youth team of Armenia, even receives an invitation to the Armenian national team. The best result for Gandzasar FC was reaching the final of the Cup, but in that match the team from Kapan was defeated. In June 2014, Beglaryan’s contract with Gandzasar FC expires, and he changed the club. First, the goalkeeper ended up in Shirak Gyumri FC, but after only one official match, he left Shirak and went to Ulysses. As part of the team from Yerevan, Beglaryan spent one season, participating in 27 of the 28 matches of the Championship. As part of Ulysses FC Beglaryan became the silver medalist of the Armenian Championship. In the 2015/16 season, Arsen was already the goalkeeper of Mika Yerevan FC, in this team he also held only one season. With Mika FC Beglaryan reached the Cup final, but this time his team lost to the Banants Football Club (now Urartu). In the 2016/17 season, Beglaryan signed a contract with Alashkert FC. The fight for the goalkeeper position was quite difficult, since at that time Gevorg Kasparov also played for Alashkert. Alashkert FC coaches either trusted Beglaryan or Kasparov. Nevertheless, Arsen spent two seasons as part of Alashkert FC, twice became the champion of Armenia and once - the owner of the Super Cup. In the 2017/18 season, his team again reached  the Cup final, but this time they couldn't win.

In June 2018, Beglaryan terminated the contract with Alashkert FC and moved to Latvia, signing a contract with the Liepaja Football Club. At that time, the Latvian Championship was held in the spring-autumn format. Joining the Latvian club in the second half of the season, Beglaryan plays in 15 matches and participates in the matches of the qualifying round of the Europa League. In November of the same year, Arsen left Latvia, moving to Belarus. The goalkeeper signed a contract with the Dnipro Mogilev, playing in the Premier League. Beglaryan played 9 matches in the Belarusian club. On February 5, 2020, Arsen Beglaryan officially became the  player of Urartu Yerevan. In honor of his idol Kobe Bryant Beglaryan, as part of the team from Yerevan, he chose number 24, under which the legendary basketball player performed.

Arsen Beglaryan held his first official match for Urartu FC on May 25, 2020 in the game of the 18th round of the Armenian Premier League against Ararat FC (0-1).

Arsen Beglaryan was first invited to the national team of Armenia in 2013, made his debut in a friendly fixture against national team of Belarus on March 25, 2016, where he replaced Roman Berezovsky, who was playing his last match. Beglaryan played the first official match in the Armenian national team on September 4, 2016 in the qualifying match of the World Cup against Denmark (0-1). In that match, Beglaryan beat off Christian Eriksen's penalty kick. Arsen Beglaryan defended the gates of the team in more than 10 matches. 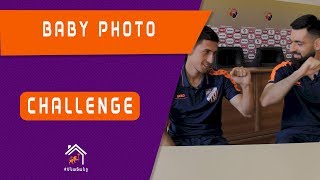 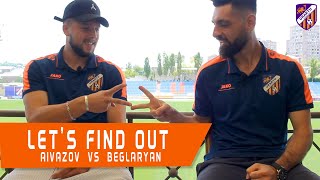 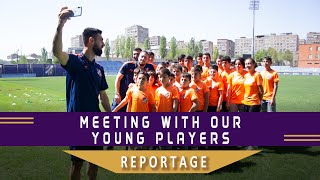 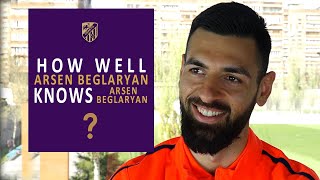 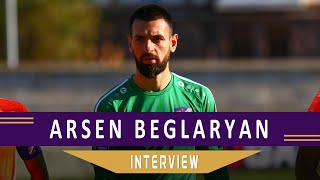